After little to no hunting last week, Jordan, Dave and I snuck out this morning at 4:30 am for a little pre-work turkey action.  This would be the first hunt with all three of us since opener, and we had high hopes for an elusive Tom we had been calling all of last week.

We entered into the woods through an area that was opposite where we had been hunting.  Dave and Jordan set up next to a swamp and a field, while I took to the edge of a young soybean field around the corner and next to the same swamp.  Both spots looked great. 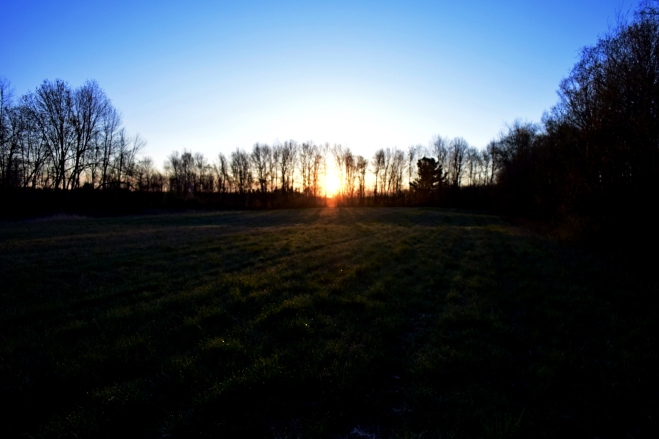 The morning kicked off to a great start as three different birds in three separate locations started to gobble.  The gobbling continued for some time until two of the gobbles slowly died and was replaced by three distinct birds right behind me.  To make matters even more exciting, the gobbles seemed to be getting closer.  Nothing makes a heart pump like a group of approaching turkeys mid season!

Suddenly, the roar of shotgun blast erupted from behind me and the calling promptly ceased.  After shaking off what I’m sure was a mild heart attack,  I frantically checked my phone and learned that Jordan had bagged a nice Jake. His very first Gobbler. 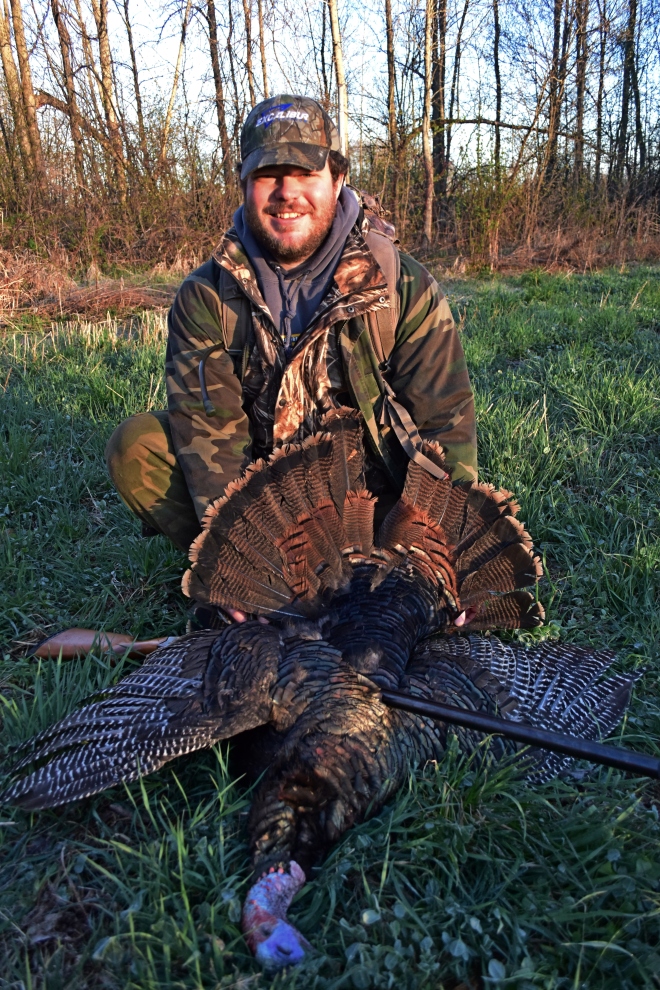 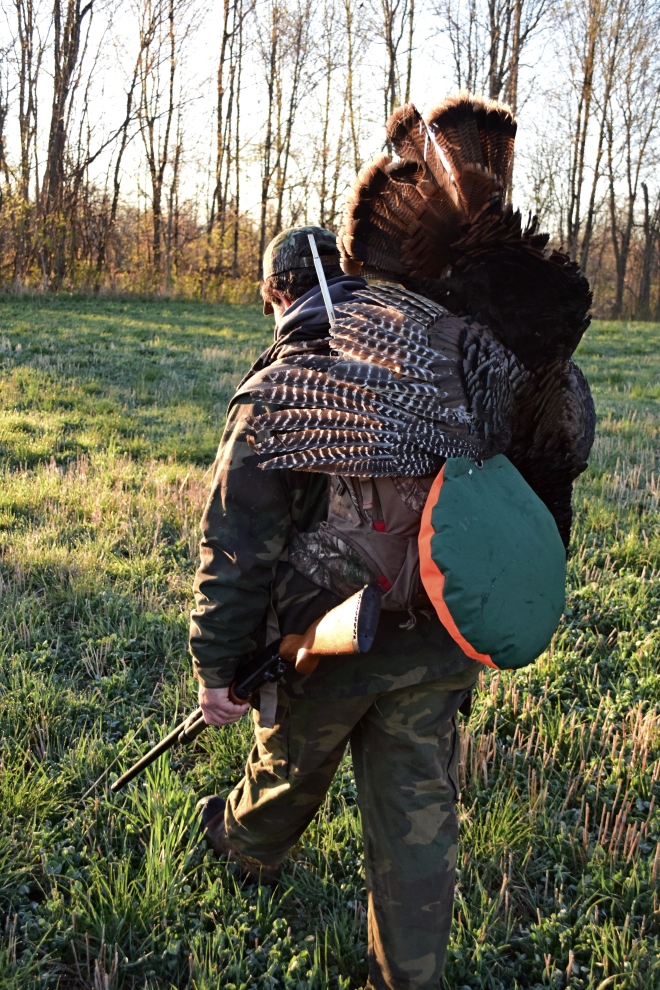 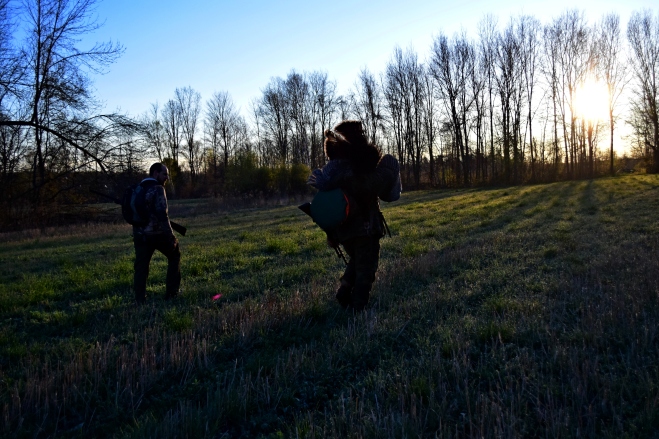 Way to go buddy!  Sad to have missed being in the stand next to you for the experience but I’m sure there will be many more!

For many, the purpose of hunting has always been to source out local, organic, natural meat that explores unique flavours not found in domesticated animals.  Still a good number more are attracted to the potential cost savings on meat if you source it out yourself. I have always stood with a foot in each of these camps.  Forever looking for a deal that’s big in taste, while tryin to achieve it on the cheap with my discount, mass produced firearms and inexpensive army surplus camo.  You can be sure I calculate the $/lb cost of all animals I harvest.

Regardless, I am interested in experiencing all that our local outdoors has to offer, which eventually led me complete the specialized turkey course required for Ontario turkey hunters.  For many years my attentions were on bigger game and the license went unused.  But after a unseasonable warm and disappointing ice fishing season, I was getting stir crazy and needed a reason to get out.  So when a member of my deer group started talking turkey, visions of smoked wild gobblers began dancing in my head, and I started listening.

So here we are, a week into my first legit season of turkey hunting and I can honestly say am a changed man. 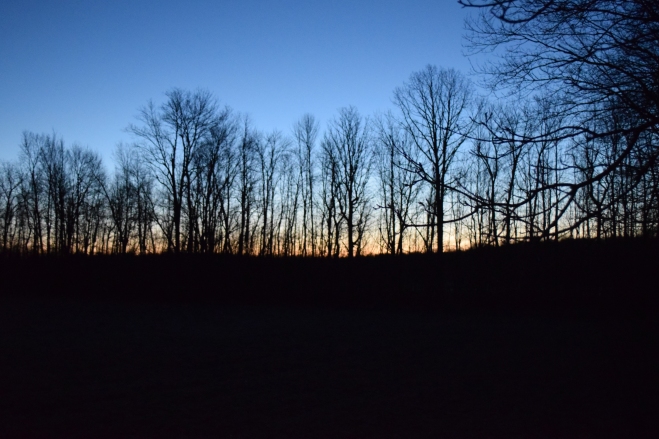 After much discussion, and an agreement to commit as much time to the hunt as was needed to harvest a bird, we arrived on the Sunday before opener.  Our plan was to scout the woods in areas where turkeys had been seen before to hopefully locate a group of birds.  According to my friend and most articles I’ve read, finding birds before setting up is crucial.  You can set up the nicest decoys and be the best caller in the world, but that doesn’t amount to a hill of beans if there are no birds in your woods.

So the scouting continued.  I’ll admit I was still pretty hapless at this point, with no real clue as to what to even look for on our scouting trip.  Thankfully, my fellow deer hunter Jordan had grown up around turkey hunting his whole life and right away took us to some spots where the birds usually roosted.  Signs of scratched earth abounded and like many other species, water, food and shelter were key components to these areas.

We started before daybreak and walked towards our chosen blinds. Unfortunately on our way to our blinds, we walked right under a group of birds that were roosted in the trees, not seeing hem until it was too late.  For those non turkey hunters, this is one of the surest ways to get “busted”.  The turkeys spot you, sometimes before you spot them,  and there is no chance in hell you’ll be able to call them in.  Lesson learned:  Use a locator call to find where they are roosting before you go stumbling through the woods.  Jordan reassured me that the first day was often a bust, but there was valuable intel to be gained, as every bust brought you one step closer to dialing in on the birds. 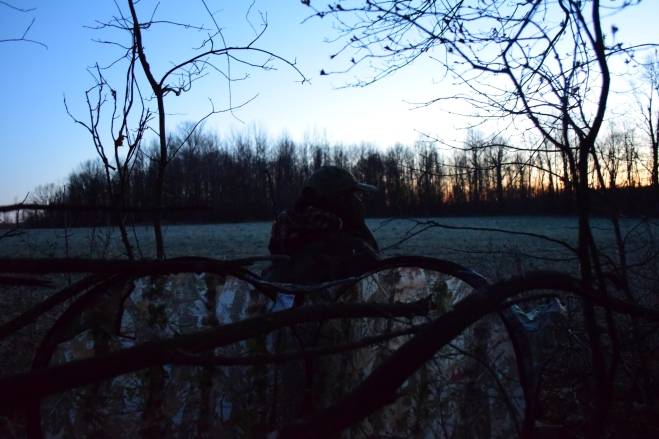 Day 3: We approached the same area in hopes that the birds had roosted in the same place. unfortunately they hadn’t.  Fortunately for us they had roosted about 100 yards in another direction!  We crept through some scrubby apple trees and crawled up to the edge of a ridge.  Immediately we heard a male gobble, so we set up our decoys 20-30 yards away, sat back to back at the base of a cedar tree, and commenced a series of Kee Kee calls on the Quaker boy box call.  Lesson learned, if you spot them in one place, there is a good chance they wont go too far away, even after being bumped. 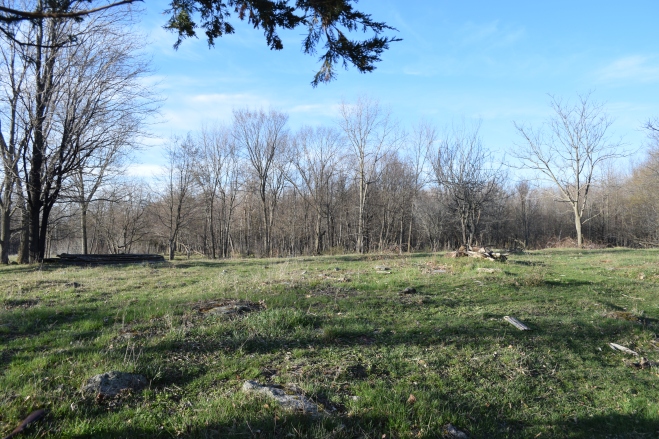 I wasn’t really prepared for things to escalate as quickly as they did.  Within minutes of sitting down the birds had descended from the trees and were making their way to us.  We could tell by the volume of the gobbler the turkeys were getting closer, driven mad by the expert calling skills of my buddy Jordan.  We got a visual on the tom with two hens within 15 minutes of calling.  I can honestly say this led to one of the fastest pulse of my life.  If that wasn’t enough, we heard what all turkey hunters dream of, a competing gobble from another tom that was approaching from another direction.  Things were red hot and my eyes kept darting from the birds we had spotted to the hidden gobbler.  I stilled my heart, slowly raised my Remington 870 while the birds were out of sight, and waited for them to reappear.

The first hen popped out from behind a shrub, followed by a second, followed by a respectable adult male bird. I kept waiting waited for the other Tom who was fast approaching to see if he would appear for a possible double header.  The bird strutted to the clearing towards our hen decoys.

Then the first bird saw me. Then I fired. And then, the second tom headed for the hills. 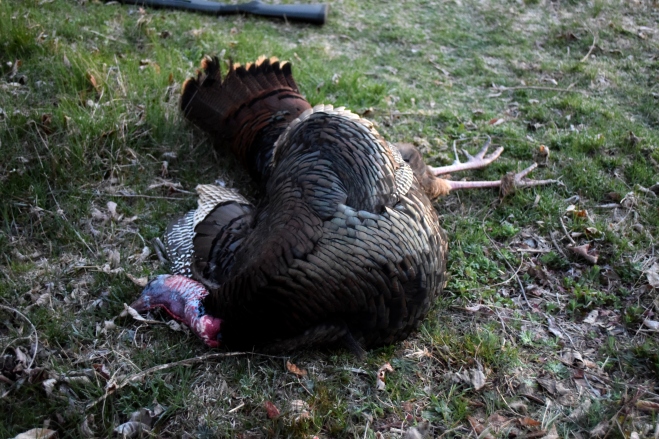 Just like that, we had a text book turkey hunt that took no more than 30 minutes.  I. Was. Ecstatic.

Contributors to my success? a damn good caller as a partner, and not moving a bloody muscle. 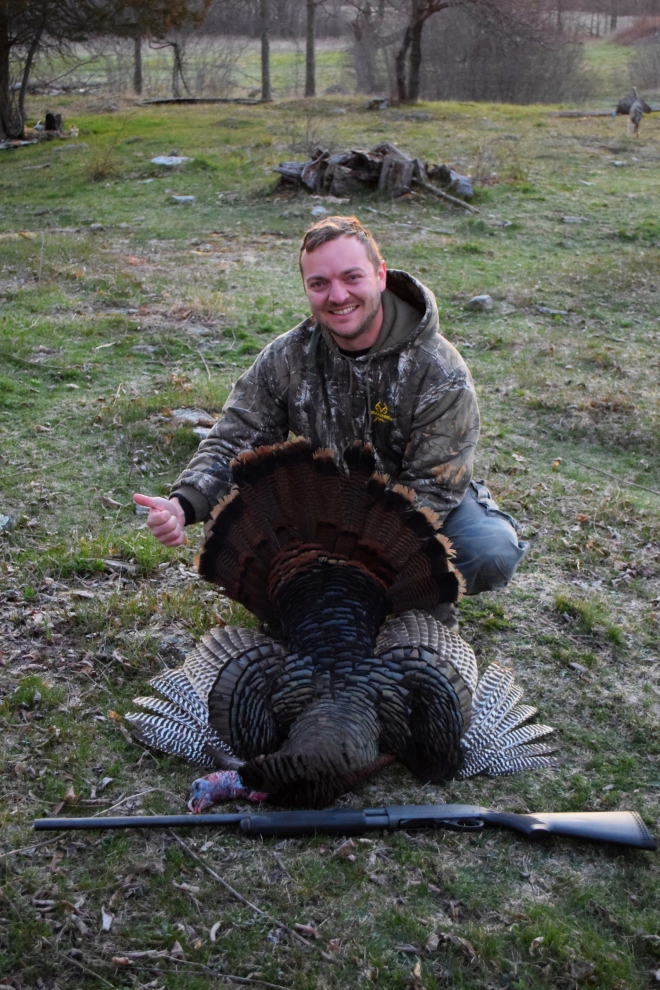 My first bird turned out to be a young adult male weighing in at 19lbs fresh and 12lbs fully cleaned. He had a 3″ beard (which isn’t very big) and smaller spurs. Regardless, the bird was my first and my family will feast. 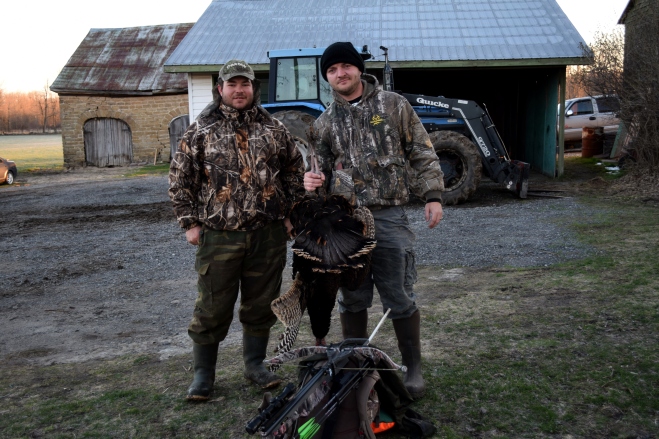 Day 4, We set up in another location to give the hot spot a rest and almost immediately had a gobbler and a hen answer our calls.  Unfortunately the gobbler didn’t seem to be able to make it to us and we never laid eyes on him.  Lesson learned: locate your birds and choose a setup location that doesn’t have too many obstructions that can’t be navigated by a riled up tom (like a big swamp or well built fences.

Day 5, we decided to try the hot spot again and set up in the same place.  Once again, we immediately had a gobble from the same spot where the first tom had come from.  The call backs went on for a good 1.5 hours.  At times it seemed the Tom was headed in our direction, and then he would head away, and back, and away… repeat for 1.5 hours.  We managed to call in a hen and what looked like a small Jake but no shots were taken.  Still that’s a lot of action for one morning.

So here we are in the second week the night before the first hunt of the week and Im mulling over why ive changed my mind on turkey hunting.  Here’s what I have come up with:

The whole experience has taught me that life isn’t always about dollars and cents, and pounds per dollar.  Sometimes spending a bit more for something you enjoy is worth it.  Especially wen those extra dollars get you a month long season full of adrenaline packed days, delicious meat, and most importantly, a contribution to preserving the natural beauty and health of our province’s flora and fauna.

The real question here should be why the heck aren’t you hunting turkey?