Pike season has been open in southern Ontario for about two weeks.  Unfortunately due to a busy schedule, I was not able to take part until this past weekend when an opportunity presented itself and I found myself with a free Saturday morning.  As I was planning this first foray into pike for 2016 and I was trying to decide who to put in the passenger seat of my boat, and my thoughts drifted back to a missed opportunity to fish with a fellow volunteer name Rich.  Rich volunteers with me on a local professional association s executive and had shown interest in my stories during our meetings.  He always seemed and in seemed keen to experience the local outdoor scene here in Kingston and when he confessed he had never been fishing I absolutely had to get him out.  Fast forward to a year later and we were packing his newly purchased tackle in my boat and heading off to my favourite local Lake.

I could see a measured excitement was brewing in Rich’s eyes as I talked through some strategy and told some stories of past trips on the way to the lake.  I’m sure he didn’t quite believe my fish tales of 30+ fish in a day.  I’m sure, to him  it seemed like I was embellishing, or just telling “fish tales”.  I mean everyone knows fisherman tell tall tales right?  I could see all that change as I hooked the first pike of the day within in mere minutes of stopping to fish.  After I had gotten a decent pike slim slick going on my hands from boating the first few fish, Rich seemed to be chomping at the bit to get a turn.  As it happens, Rich is a fast learner and soon had his chance.

Rich’s rod bent over as a pike smacked a spinner bait I had loaned him.  Nothing catches spring pike like a spinner bait! Following a decent battle, with lots of runs, Rich had his first pike.  Ten minutes or less into the trip!  I could attempt to explain the feeling I had watching him beam as he held his first pike.  or I could try to capture the moment in an eloquent paragraph filled with grandiose adjectives, but I’m sure I couldn’t begin to do it justice.  Instead, I’ll let the picture below do the talking. 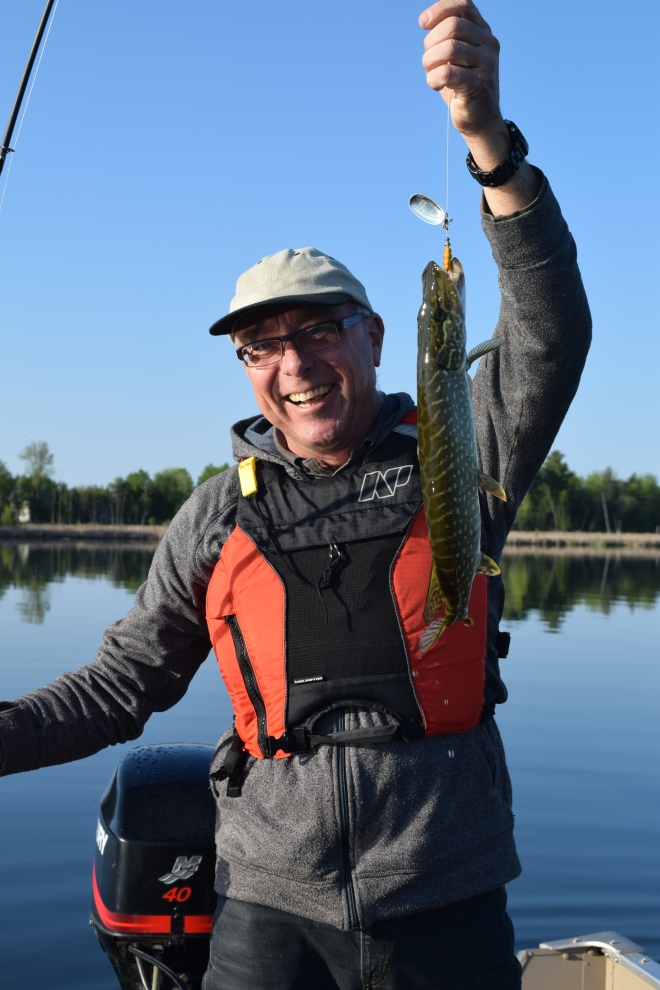 OK, so the fish weren’t giants, and yes we could have targeted bigger ones, but I had a different tactic in mind.   Nothing turns people off of fishing more than long days of catching no fish, as can be the case with larger pick.  So as this was Rich’s first trip, I was shooting for quantity. 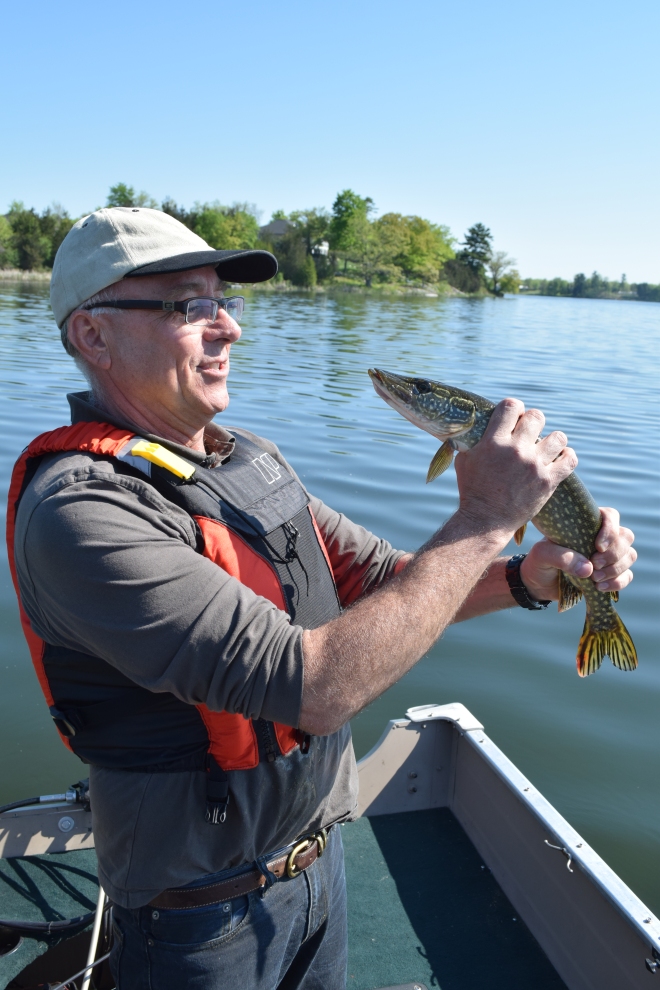 We finished the day with about 11 pike, lots of follows, a couple out of season bass (that were promptly released) and a bunch of smaller panfish.  But the real win of the day wasn’t the fish, it was being able to witness Rich catch his very first fish.

It makes me think back to my youth when my uncle used to take me fishing.  I often wondered why he always went ot of his way to put me onto fish. He always set me up with the best equipment, put me in the best spots, let me have the best side of the boat.  He seemed to always have me on the weed edge side while we were trolling, or made up a flimsy excuse about how I had to watch both rods in their holders while we trolled because he had to steer.  Always gave me first crack at any hit.  I always wondered how he could stand to give up catching fish.  Now I think I know.

Rich, thanks for joining me on such a great day and mostly thanks for letting me be part of your first fishing experience.  Of all the trips and experiences I’ve had on that particular lake (and they are many), this one will definitely rank amongst the most memorable.

Now just in case you actually started thinking I was an honest fisherman, I’ll leave you with this picture. 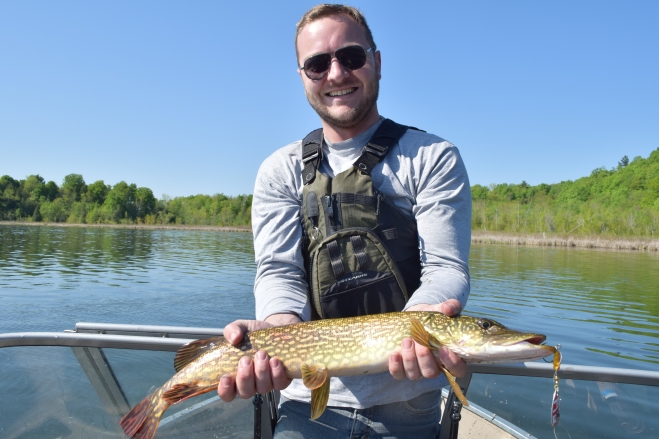 I don’t always hold my fish out from my body during pictures to make the seem bigger, but when I do, I do it as a witty way of ending a blog post.

Cheers from the wild.

2 thoughts on “A Day of Firsts”